Our 2016 ELGA Rules Winner was Mr Tony Duckett of Rishton G.C. and the ELGA Seniors Championship was won by Mr Andy Samuels of Burnley G.C.

Pictures below L to R. 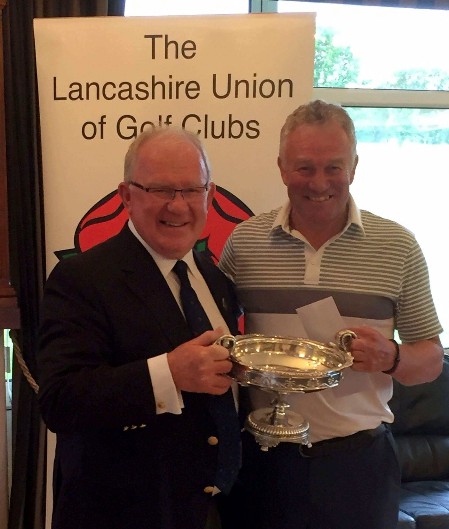 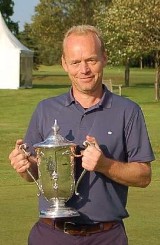 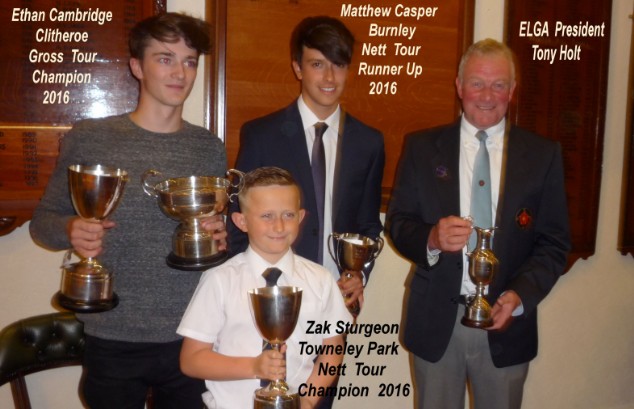 Unfortunately 2017 so SHAW HILL GOLF CLUB resign membership of the association after 64 Years.

Anthony Harwood of Blackburn having been the Harold Ryden runner up in 2015 & 2016 won the 2017 Title beating Mark Ashworth at Darwen G.C.

The ELGA Mixed Gross winners were Tom & Beverley Wellock of Colne and the Nett winners were Stuart Nunn & Val Fairless of Clitheroe.

The Seniors Championship was won by Andy Riley of Burnley with Gary Byrne of Clitheroe in second place played at Blackburn G.C. 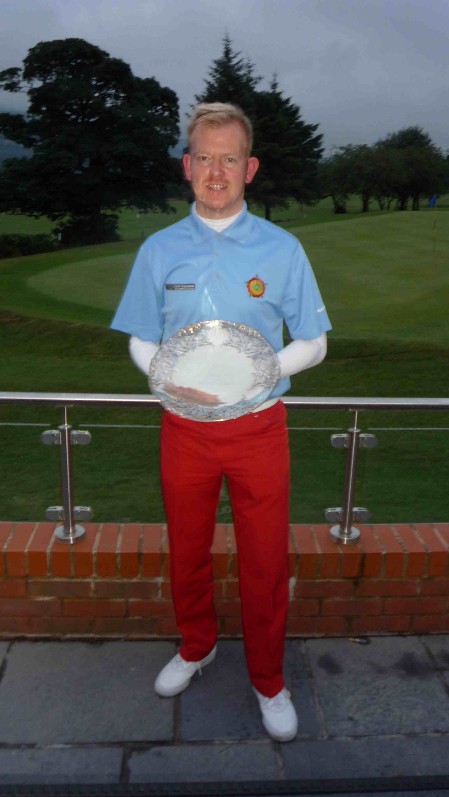 Accringtons Trevor Foster having won the Lancashire Senior Championship then went on to win the England Senior Title for 2017.        ( Champion of Champions) 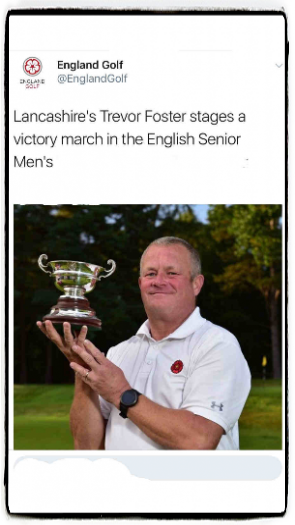 The 2017 Junior winner of the ELGA Junior Championship played at Colne G.C. was won by Harry Lord of Rossendale G.C.

The runners up were - GROSS - Noah Cambridge of Royal Lytham & NETT - Cameron Walmsley of Wilpshire.
The tour comprised of 12 Events with the players best 7 Scores being taken for the merit points. - 348 Entries competed for the titles. 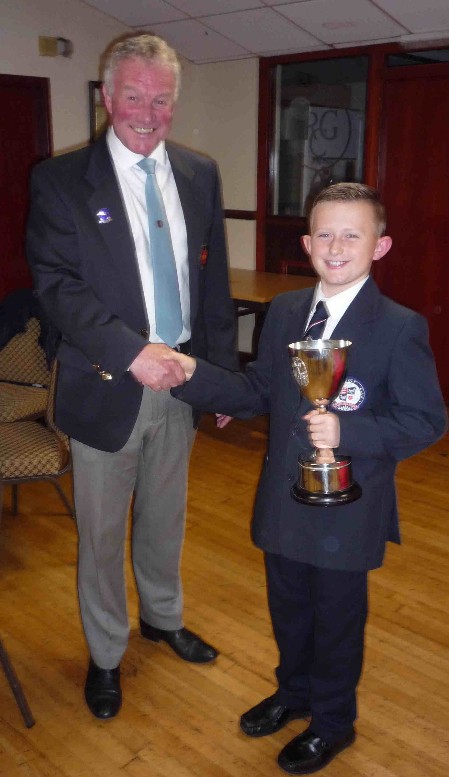 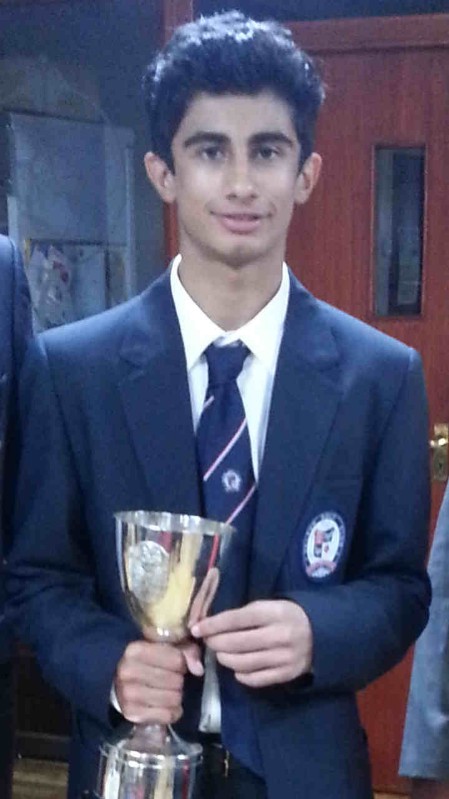 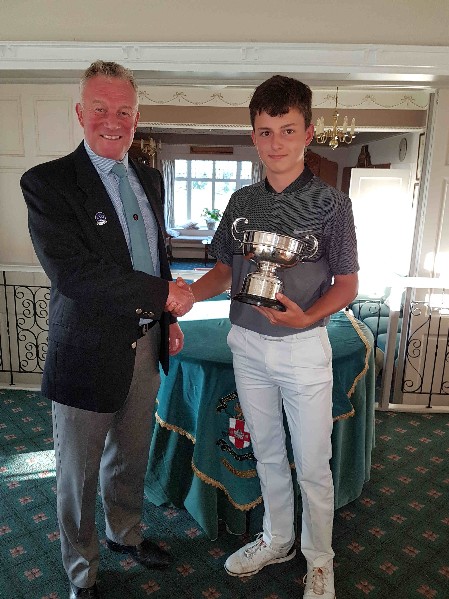 ON THE LEFT:-
THE 2017 ELGA JUNIOR OPEN CHAMPION
HARRY LORD of ROSSENDALE 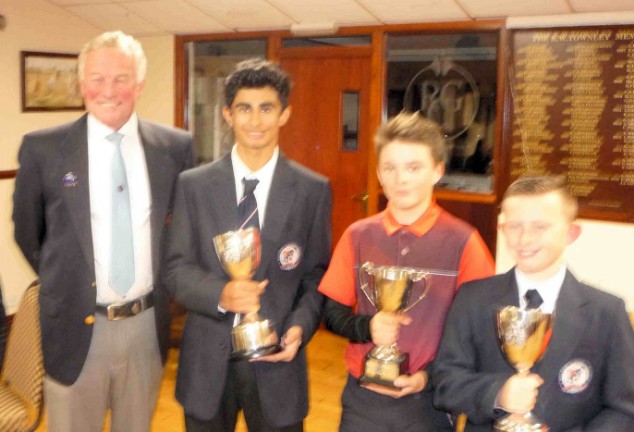 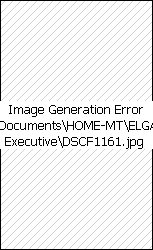 2018 became a fantastic year for our quality senior golfers with Trevor Foster of Accrington becoming the British Senior Champion at Royal Porthcawl and Tony Flanagan of Clitheroe becomimng the Lancashire Seniors Champion for 2018.

The Harold Ryden was won by Anthony Keenan of Burnley and the Scratch Individual won by Ben Scott of Accrington.
The scratch team winners where Clitheroe played at Colne.

Gary Byrne of Clitheroe won the Seniors Championship at Rishton with a Gross 71.
ELGA mixed team event at Wilpshire was won by Clitheroe with a gross 254, Nett by Wilpshire with a Nett 228.

ELGA Juniors took 3rd place in the Lancashire Associations first Team Trophy event at Hesketh G.C. with Adam Mujahid of Nelson becoming the Team Player of the year as well as the Challenge Tour Gross winner
The Challenge Tour Nett champion was won by Jack Drayton of Fleetwood. 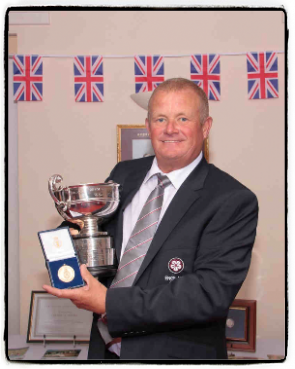 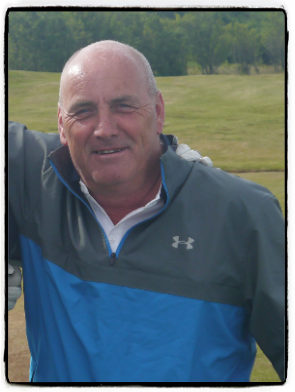 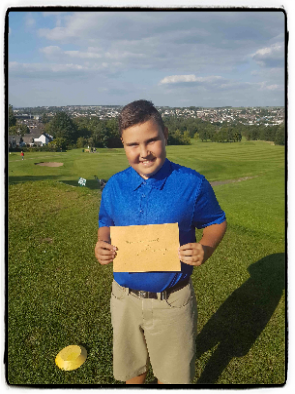 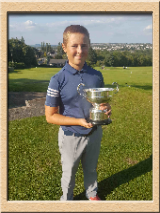 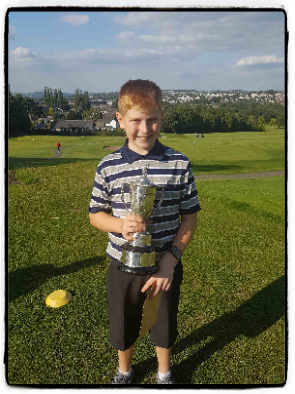 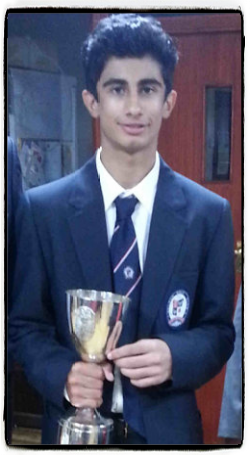 2019 - Another great year for East Lancs players in the County matches with
Luke Bartram (Left) of Rossendale winning the Lancashire Amature Championship at Formby G.C.

and
Isaac Gregson (Right) of Rossendale winning the Lancashire Under 14s Championship at Rossendale G.C. 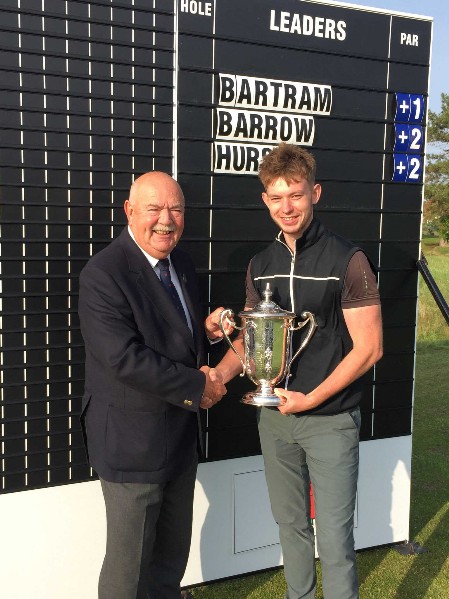 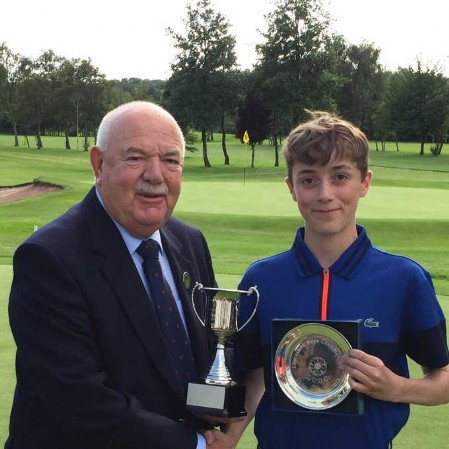 Unfortunately due to extreme bad weather on 3 occasions the ELGA SCRATCH did not materialise at Nelson G.C.

The Harold Ryden produced a new Champion, Craig Waddington of Nelson with Anthony Harwood of Blackburn taking runner up position. - The match was played at Blackburn.

The 2019 Seniors Champion played at Baxenden was Ian Owens of Burnley.

The HandicapTrophy played at Towneley was won by Marsden Park with Nathan Ackers of M.P. taking the best individual prize,

2019 so the introduction of a first ELGA 9 Hole competition, The Barry Birtwistle memorial trophy played at Colne. - The winners being Shaun Field of Nelson, Best Nett 32 and Gary Blades of Burnley, Best Gross 36. 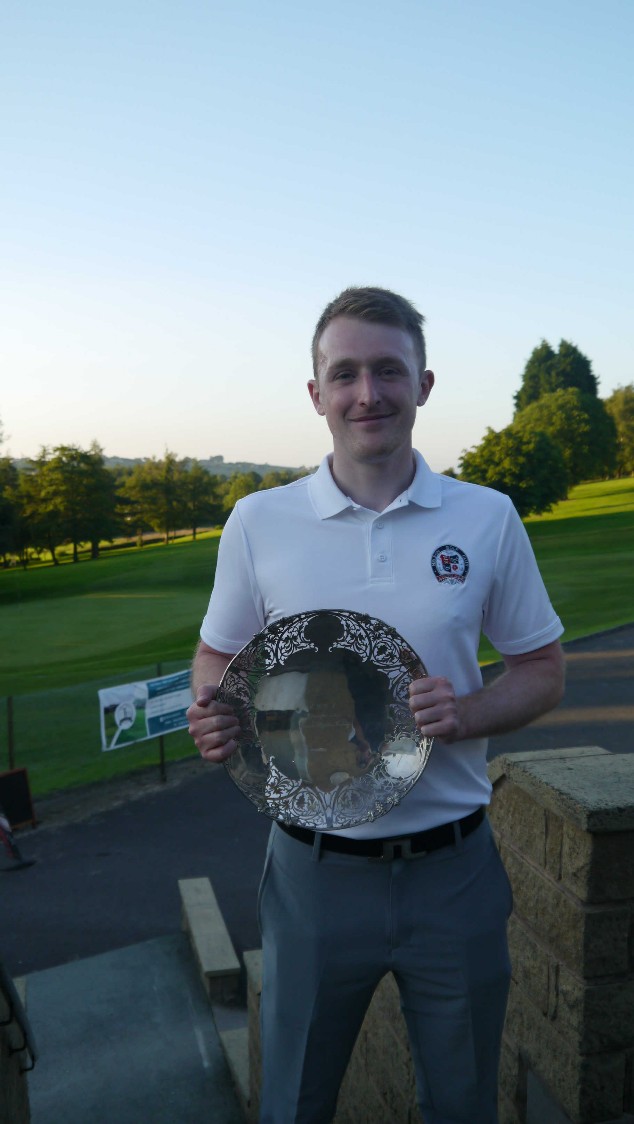 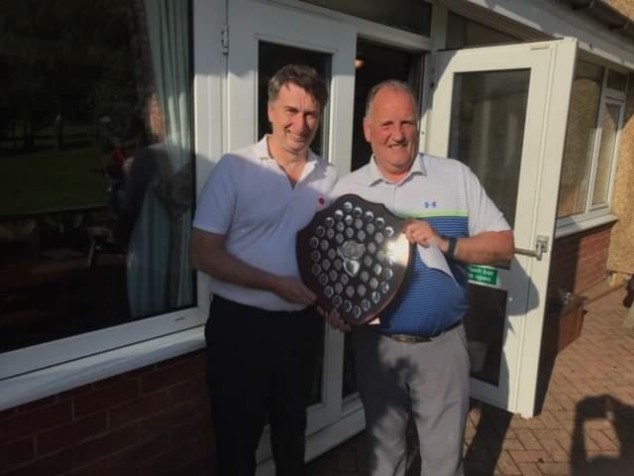 2020 Sets off to an awful start due to the effects of the sweeping Corona Virus Pandemic creating general disruption to all sporting events.

The ELGA A.G.M being cancelled / postponed for the 2020 season due to public gatherings being in voluntary suspension.

Michael J Taylor of Green Haworth G.C takes over as President from the pre-AGM date of 18th March.  Serving from 2020 to 2022 due to pandemic restrictions.

2020 Year End, resulted with NO ELGA ASSOCIATION EVENTS due to the Covid Pandemic taking place howeve, with some hope that the global vaccine distributions will enable golf to resume in late March / April 2021

2021 - Not quite back to normal.
Hoping for an improved year, provisional bookings are taking place in late Feb/March for the current year. 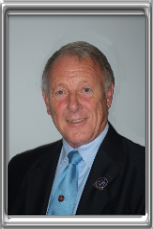 We are sorry to see the departure of Andrew Dean who also served as Secretary & Treasurer following the passing of Frank Wharton.
We wish him well with his new family commitments and hopefully see a return in the not to distant future.

The 2021 Golf Events started off on a not to sunny day at Burnley G.C. for the ELGA HANDICAP TROPHY.
Team winners were Baxenden G.C, -301 Points, followed with just 1 Point variation by Marsden Park on 302 Points.,
The Nett individual prize was won by Gary Bannister of Green Haworth G.C. shooting 85-17-68.

The Harold Ryden wa won at Accrington G.C.by ELGA Team Captain, Chris Nuttall (Accrington) beating Anythony Harwood of (Blackburn.)
The Scratch Trophy was won by Nelson G.C @ Nelson G.C. and the Presidents Trophy waswon by Colne G.C.
The 9 Hole Barry Birtwistle Trophy was won by Dean Foxcroft (Nett) of Colne @ Colne and the Gross waswon by Stuart Nunn of Clitheroe.
Mark Ridgeway of Burnley took the Seniors Title with a Gross of 70 with Gary Byrne of Clitheroe in 2nd spot - Gross 74

The Mixed Team NETT event was won by Rishton with Clitheroe collecting the Gross Prize.
Again - Covid played a major part in disriupting a number of events,